skip to main | skip to sidebar

Season's Best at the Farmer's Market

Local, seasonal, organic. The struggle over which of these characteristics regarding food is the most beneficial to person and environment has been the topic of many discussions over the last five or so years. First the environmental authorities commanded us to eat organic and places like Whole Foods found their conception, offering high priced organic fruits and vegetables sold underneath posters of hard working farmers. Farmers that in fantasy land appeared local. But consumers soon found out that some of their virtuous organic produce could be traveling from all across the continent to land in their local grocery store. This did not seem right.

Eating seasonally and locally has environmental benefits as well as economic benefits. One of the best places to practice this habit is at your local farmer's market. My personal favorite happens to be the Columbia City Farmer's Market. 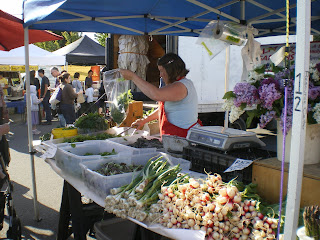 Founded in 1998, the market becomes the bustling epicenter of Columbia City every Wednesday from 3-7 pm. Sprawled out in a parking lot adjacent to the Columbia Park on Rainier Avenue South, it is the perfect location for an open air market. On a sunny afternoon, the park is full of families, singles, friends and the like, lounging on the green grass with their tote bags full of fresh produce from the market. It is a meeting space, a community event that happens weekly. 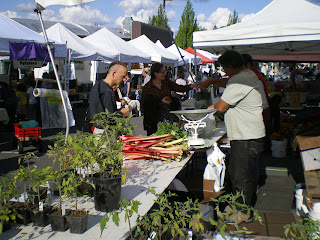 “It reminds me of my home country Vietnam, where people are everywhere and the food is fresh,” explained Columbia City resident Katie Ngo as she rounded up her rambunctious sons.

As I roam through the market, I pass a small tent where two women are singing folk songs to a small audience of adoring children. The market often has events for children, with their most famous being the Zucchini 500, where children build mini derby cars out of zucchinis and then race them. It's hilarious. 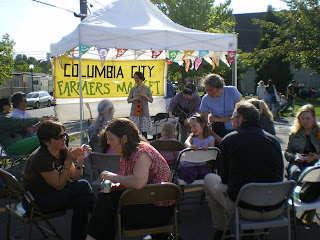 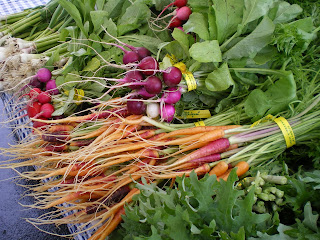 “Every week we have more stuff coming out of the ground and we offer the only organic asparagus in Western Washington,” says Anne Smith, who is managing the booth.

Upon Smith's recommendation, I bought a bunch of spicy greens. I have no idea what I am going to do with the greens but that's half the fun. The farmer's market is a cornucopia of local and mysterious produce. For a cook, like myself, buying produce you have never heard of keeps the creative culinary juices alive and well. Local Sylvain Berthe laughs, and says that he buys whatever doesn't grow in his back yard.

If you're not into cooking, then you can sample! Most booths attempt to lure customers in with tidbits of what they're offering. I had small squares of creamy goat cheese, a hunk of baguette, and a piece of a cayenne chocolate truffle from Trevani Truffles. 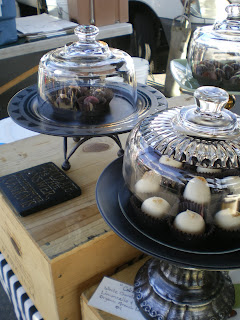 “I've done the last two falls because the farmers leave and make room for me. It's a farmer's market so they have priority,” explains owner and truffle maker Anne Boyington as she rummages through her containers to find me a sample.

Thea Preuss of the Neighborhood Farmer's Market Alliance explains that “it's been shown that farmer's do better at food only farmer's markets,” and that's their priority.

Local chef, Julie Andres of La Medusa in Columbia City, takes advantage of the array of local produce by shopping for ingredients every Wednesday that inspire the restaurant's Market Menu. For $25 customers can enjoy local produce at its prime prepared with Sicilian influences.

For at least this season Columbia City Farmer's Market will remain in its current location but the property has been bought by a developer. They are currently in search of a new location in Columbia City and come Spring 2010, I'm sure that it won't be hard to find their new residence.

Here's what came of the contents of my tote bag: 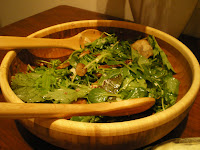 Sunchokes or Jerusalem artichokes, are the tuber of a sunflower. They are starchy like a potato and have hint of artichoke flavor. They're ugly but delicious!

Jennifer
Hi. I'm Jennifer! Here are my passions...cooking and writing and this is me exercising them. I hope you enjoy both!